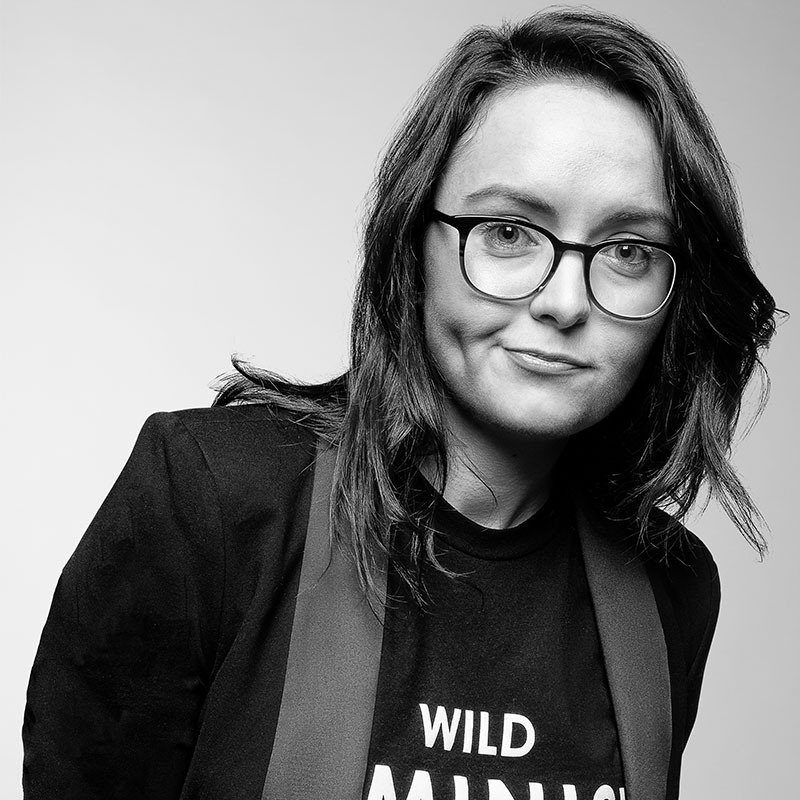 CEO, CMO, and co-founder of Wildfang

Emma Mcilroy has been challenging the status quo since her days in Ireland – dressing as Captain Hook for Career Day in 2nd Grade.

Wildfang launched in March 2013, with 20k+ girls joining the family in just 30 days. Emma created the Wildfang lifestyle brand to remind individuals that they can be whoever they want and wear whatever they want.

It has since grown into a multi-million-dollar omnichannel business with four stores in three states and has been featured in the Guardian, the New York Times, Vice, Refinery 29 and Vogue.

In 2018 alone, Wildfang raised over $500k for charities that support reproductive, immigrant, and women’s/human rights. They’ve also built a fanbase of badass celebs including Janelle Monae, Chvrches, Rachel Evan Wood, and Blondie, to name drop a few. Which is almost as crazy/cool as building a cult brand from the ground up. Let’s call it a tie.

Emma has 15 years’ experience in brand marketing at two world-class brands: Nike and Barclays. Last year, she was named one of Inc.’s Female Founders 100, Oregon Entrepreneur of the Year by OEN, and Executive of the Year by the Portland Business Journal. 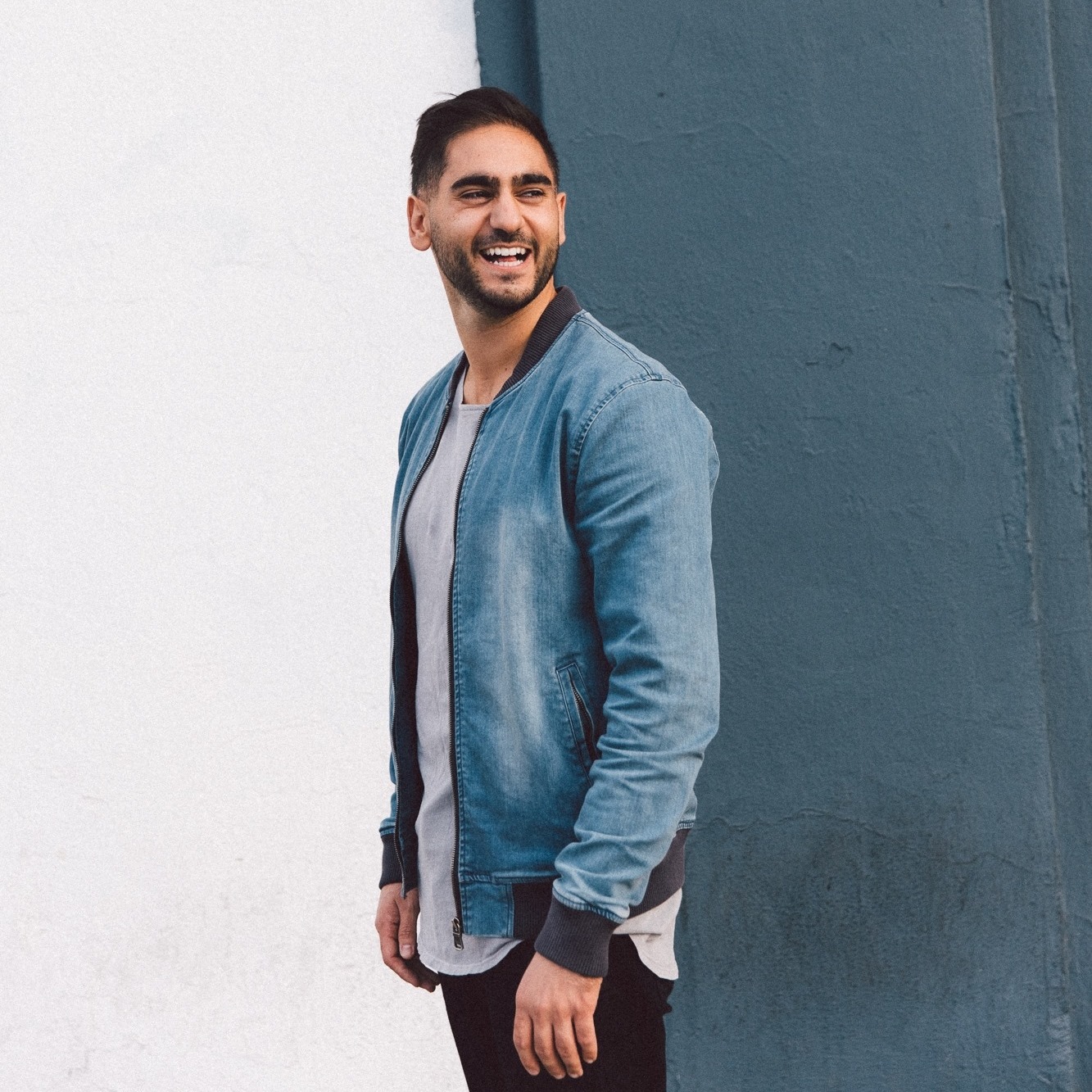 Alex Banayan is the author of the national bestseller The Third Door, which chronicles his five-year quest to track down Bill Gates, Lady Gaga, Warren Buffett, Maya Angelou, Steven Spielberg, and dozens more of the world’s most successful people to uncover how they broke through and launched their careers.

Banayan has been named to Forbes’ 30 Under 30 list, Business Insider’s Most Powerful People Under 30, and been featured in major media including Fortune, Forbes, Businessweek, Billboard, Bloomberg TV, CNBC, Fox News, MSNBC, and CBS News.

An acclaimed keynote speaker, Banayan has presented the Third Door framework to business conferences and corporate leadership teams around the world, including Apple, Google, Nike, IBM, Snapchat, Salesforce, Disney, Harvard, and countless others. Microsoft declared that Banayan “cracked the code for success.”

A leader of the next generation of entrepreneurs and the focus of major media around the world, Banayan is a venture associate at Alsop Louie Partners, a high-tech venture capital firm based in San Francisco. Fortune magazine reported that Banayan was “the world’s youngest venture capitalist” and Business Insider named him one of the “Most Powerful People Under 30.”

Below you will see the cost breakdown for attending the Summit.

What is the Summit?

At the fourth annual Eugene Young Professionals Summit, we invite you to activate your curiosity, discover new ways to grow personally and professionally, foster connections, and dig your roots deep into the community to initiate positive change. Join more than 500 other young professionals in this day-long exploration, fueled by inspiring keynote speakers, insightful panel discussions, motivating change-maker sessions, and opportunities to connect with the leaders of today and tomorrow. We are all in this together.

Do I have to be a Chamber or YP member to attend?

The YP Summit is open for any young professional whether you are a Eugene YP member, Chamber member, or not. Your Eugene YP membership will give you discounted event rates, access to exclusive events such as CEO Roundtables and gets you a discounted ticket to the Summit. See the breakdown on ticket prices below.

When and where is the Summit?

What is a Young Professional?

The content for the Eugene Young Professionals is targeted towards those who are seeking personal and professional development, live, work, or play in the Eugene area, and who are looking for advice on how to get more involved, grow their career, and expand their network.

What kind of networking opportunities can I expect?

At the Summit, you will have the opportunity to network with over 500 young professionals. In addition to the presented content, we will facilitate group discussions, table activities, and have interactive exhibits throughout the conference.  You will also have networking opportunities during breaks, and at our After Party, which is included with your Summit ticket.

We try and schedule speakers that will speak to a wide variety of programming and audiences. In addition to our 2 Keynotes, we have over 20 breakout sessions you will have the option of attending from many different sectors and will fall under one of the four content tracks: Personal Development, Professional Development, Community Development, and Civic Engagement.

Some of our planned topics this year include: What is Design Thinking?, Authentic Leadership, The Enneagram, Intro to Local Government Activism, Failure is an Option, Discover What You Love, Creative Problem Solving for High Performing Teams, Advanced Personal Finance, and many more. We will announce the full schedule soon.

Not a YP Member yet?

Don't worry, you dont have to be a member to go to the Summit, but it makes sense to become one if you're planning on going. For only $50/year *, you get the discounted ticket price for the YP Summit as well as all of the great benefits of being a member.

Free or discounted access to events throughout the year.

Exclusive invitation to CEO roundtables for members only.

Get exclusive access to YP Hustle and YP Engage events.

All members get access to the Eugene Young Professional Member Directory.

Having a YP Membership can save you up to $180 on yearly YP events. 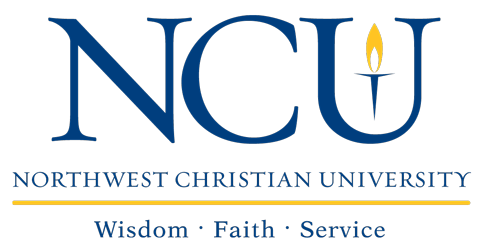 What if I can’t afford a ticket? We also offer a YP Scholarship Program, courtesy of our Scholarship Sponsor, Northwest Christian University, we are pleased to offer 10 full-day scholarships for this year’s Summit! The scholarship includes all-day admission to the event, breakfast, lunch and entry to the after party.

Want to be considered, fill out our application here.
*Applications close May 17th.

Thank you to our sponsors!

Venue and After Party Sponsor 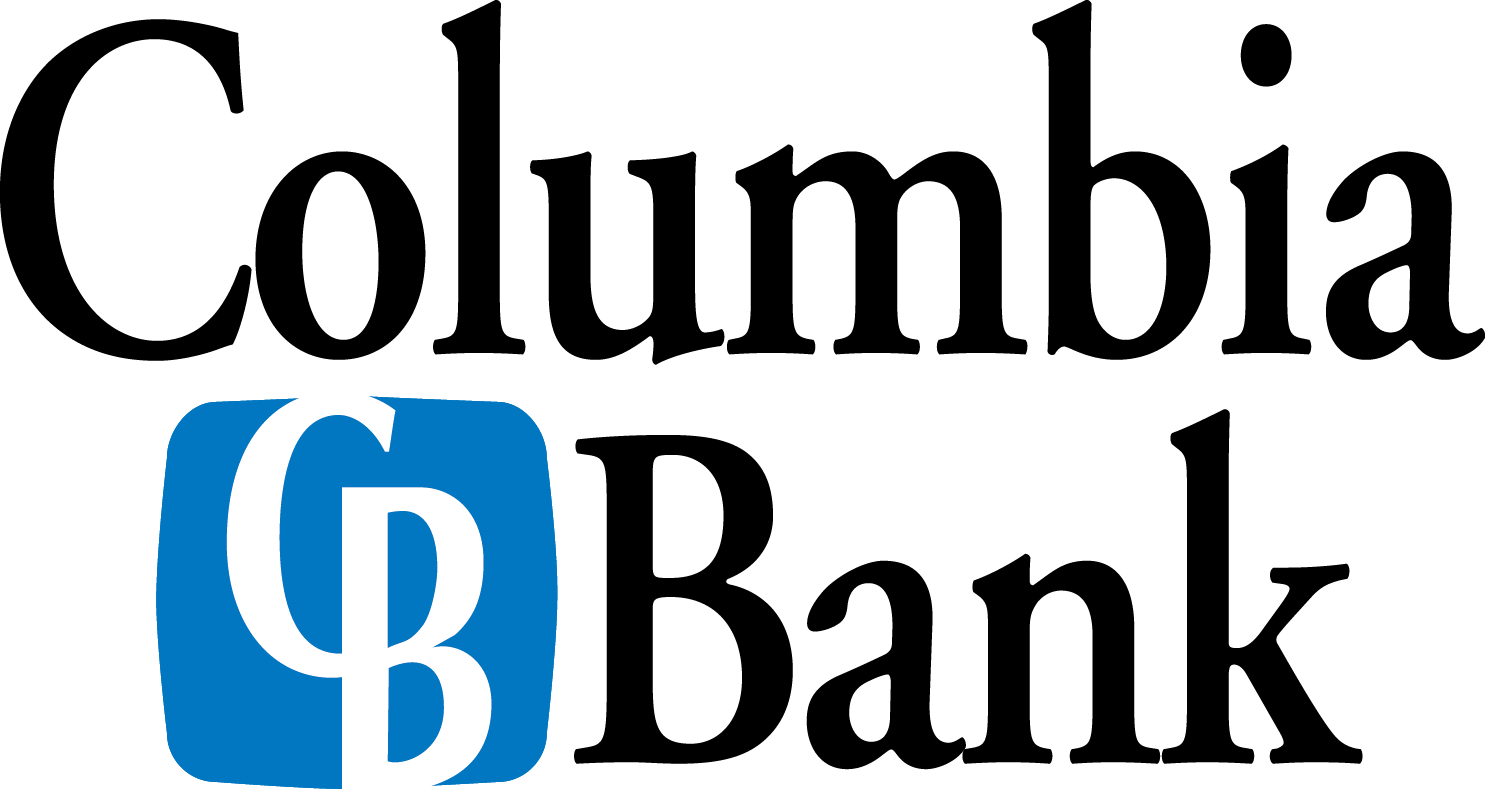 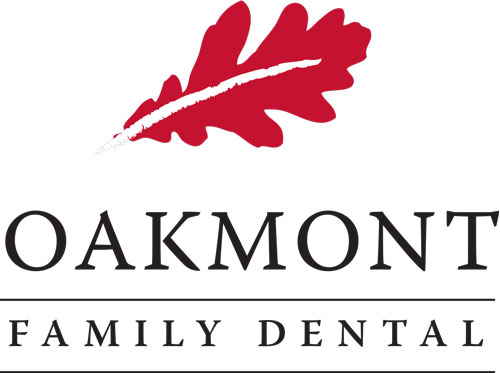 Stay up to date on all things YP

You have Successfully Subscribed!